Does anyone date anymore? Y’all are going to have to help me out. I have been off the dating scene for 11 years and I know a lot has changed! When did women start asking dudes to marry them? I don’t remember none of that going down when I was dating or in a relationship; LOL.

Does a women even ask a guy out? Can she tell him that she thinks he is cute, handsome; etc. What is exactly off limits? Now I do know church folks have a totally different set of standards when it comes to dating. Many Christians will tell you that the woman shouldn’t approach a man (period). The man is supposed to find his wife; but what if he isn’t all that into his spiritual side; how will he know that she is the one?

“He who finds a wife finds a good thing; and obtains favor from the Lord” Proverbs 18:22 (NKJV)

Adam didn’t know Eve until God put him asleep! God brought Eve to Adam. But Adam had to see and notice her. His mind and vision had to match up at the same exact time. Adam was ready to share his life with his help-meet!

Men, many say are visual beings. Is that true? He has to be physically attracted to her? Adam wasn’t attracted to any of the usual creatures he had been around; that’s why God had to create Woman!

So many guys miss out on a good woman because they get accustomed to what they have always dealt with! Many aren’t looking for someone new that will upgrade them and take them to new heights; different levels! Did you recognize the second part of the scripture from Proverbs 18:22; “and obtains favor from the Lord“? What do you think that means?

I decided to pose many of these questions to some friends and co-workers; I needed to get other people’s perspective on this issue! I wanted to know what other folks were thinking!

I spoke to a few guys and a few gals; to get their perspective on the world of dating and what they thought; and this was the outcome.

The guys had no problem with women approaching them and they were even okay with a women asking them for their hand in marriage! I was shocked like where does this type of mindset come from? How would a grown man be okay with a woman asking him to marry her? Who was promoting this kind of behavior? When and where did it start? One of the guys said that the old-fashioned way has become played out and times have changed? Okay, but who changed it? Who put together the guidelines and signed off on it?

The women were a little different; some were okay with approaching guys but wanted the man to ask them for their hand in marriage! They were okay with complimenting guys and being the first to flirt and they saw nothing wrong with pursuing a man; they found themselves interested in.

Me and my renewed mindset; was like what in the world; but you know what I had to take sometime and let that thing marinate and guess what? I had the same aspect when I wasn’t fully in line with my Heavenly Father!

Before I gave my life back and hung up all that old sinful behavior; I would be the first to flirt, I would ask guys out; but I have never asked a guy to marry me; LOL, thank the Lord!! Thank you Jesus! And I also realized for me asking these guys out and having a relationship with them or fling; I was out of order!

That wasn’t my place; they weren’t the ones for me; I had kids without the relationship! Now, I’m raising my kids on my own because I stepped out of line and got mixed up with the wrong guys because I was in the wrong mindset! I used to think that we as women could do whatever we wanted! I could approach a guy and ask him out and that was okay; but for me I see now that wasn’t my place. I didn’t allow them to pursue me! Maybe they weren’t even interested in me; they just went with the flow! I had to learn the hard way that guys really don’t have to be attracted to you; to even have a relationship with you!

Some of you may be saying; “that’s why you still single” and it may be true! But guess what? I am drama-free and loving it. I am stress-free and loving it! Some of us women want the man to be the man; let him come find me! I want that favor that Proverbs 18:22 is talking about! Do you realize that when you are in the perfect will of God and the right man finds you; the possibilities can be endless?

Men, do you realize when you are in relationship with God and let him guide your steps and He directs You in finding the right woman; how better your life can become? Let’s say for instance you are an entrepreneur and the women you usually date are always saying you have no time for them. They want to hang out at the mall and spend all Your money and when you do make time; they don’t have time for you. They aren’t the one! You need that woman that is going to understand what you are trying to build! Someone who is going to help build right along side of you! Not spend everything you’re trying to make!

Ladies, let’s take a look at the story of Ruth and Boaz; I am sure you all have heard about it. Ruth didn’t pursue Boaz! Ruth was busy doing her thing gleaning in the fields; trying to make an honest living. Providing for her mother-in-law and her self and Boaz saw her! She found favor in his eyes! Yes, she did know about Boaz from her mother-in-law but she didn’t pursue him; she simply put herself in the place to be seen! And the report his men had given him; was a good report! She wasn’t jumping from place to place; from man to man; from club to club; from bed to bed! She was in the fields working! Ladies, when that guy asks someone about you; what will they say?

How did this subject come up? So I told you guys it’s been a minute for me in this dating game. I thought I may have been interested in this guy; at first I really didn’t like him. When I first met him he said something that had just rubbed me the wrong way. But since then he had been trying to always start conversation with me and I admit I began to see him in a different light. He wasn’t that bad looking and he seemed somewhat intelligent but I wasn’t going to do what I would’ve done years ago! This time I was a changed woman and I studied him from afar!

He was even one of the ones I asked his opinion on the subject we are talking about; the dating game! His answers surprised me and put him back in that place where we first started and I had to give myself a pat on the back! Did I pass the test y’all? What if I would’ve approached this guy and been like hey I’m digging you; you’re kinda cute? And then I find out he is actually an idiot and likes to hear himself talk?

Man, look I’m good! Yes, I’ve been single for 11 years but I will not settle just to say I got some dude in my life! I’m good! I have my kids to think about as well and I don’t need some guy with his twisted thinking speaking into the lives of my kids! I don’t want to be out of order by going after a man that wasn’t designed to be a part of my life and the lives of my kids!

So, yes everyone is entitled to their opinions and we are all given free will to do whatever; but, is it the right thing to do?

Written and published by Tamara McCarthy

Check out my books on Amazon: https://bit.ly/author_tamara

And, if this is your first time on my blog let me introduce myself.

I wear many hats! I am a Kingdom Gal! I am a Jesus Chic! I am an Author, Writer, Motivator, Single Mom and Certified Life and Empowerment Coach! I am earning my Phd in Christian Counseling; so that I can continue my passion and purpose to inspire, motivate, empower and encourage young ladies and women to live a better life!

Thank you for stopping by and taking the time to read this post; it is greatly appreciated!

Stay tuned for the book on this very subject! Writing this article was so intense for me that I was led to continue and write more about it…… 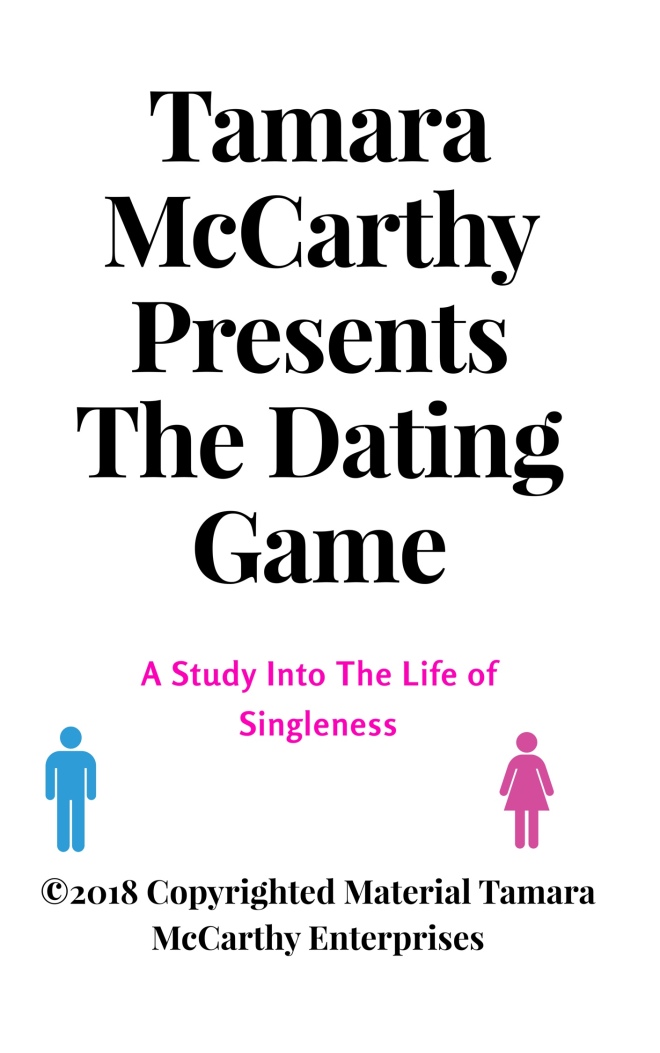